Explaining SimplyVideo concurrent licencing Concurrent device licences apply to our solutions for Microsoft Teams and Google Meet. The amount of licences you have dictates how many pairs of smartglasses you can have in your calls at any one point in time. So, it’s not about how many sets of smartglasses you have altogether,__ it’s about how many you want on your calls at the same time__.For example - let’s say you have 10 pairs of smartglasses in your organisation but only ever use 4 at the same time in calls, you’d only need 4 licences. There’s no point having 10 licences if 6 aren’t being used.You can use your licences in any combination too. You can have four separate calls with one set in each, a single call with all four sets connected, or any combination in between. The point is that having four licences means being able to accommodate four pairs of glasses in your calls at once. If you want a fifth pair in your calls, you’ll need an additional licence. This is known as aconcurrent licencing model. 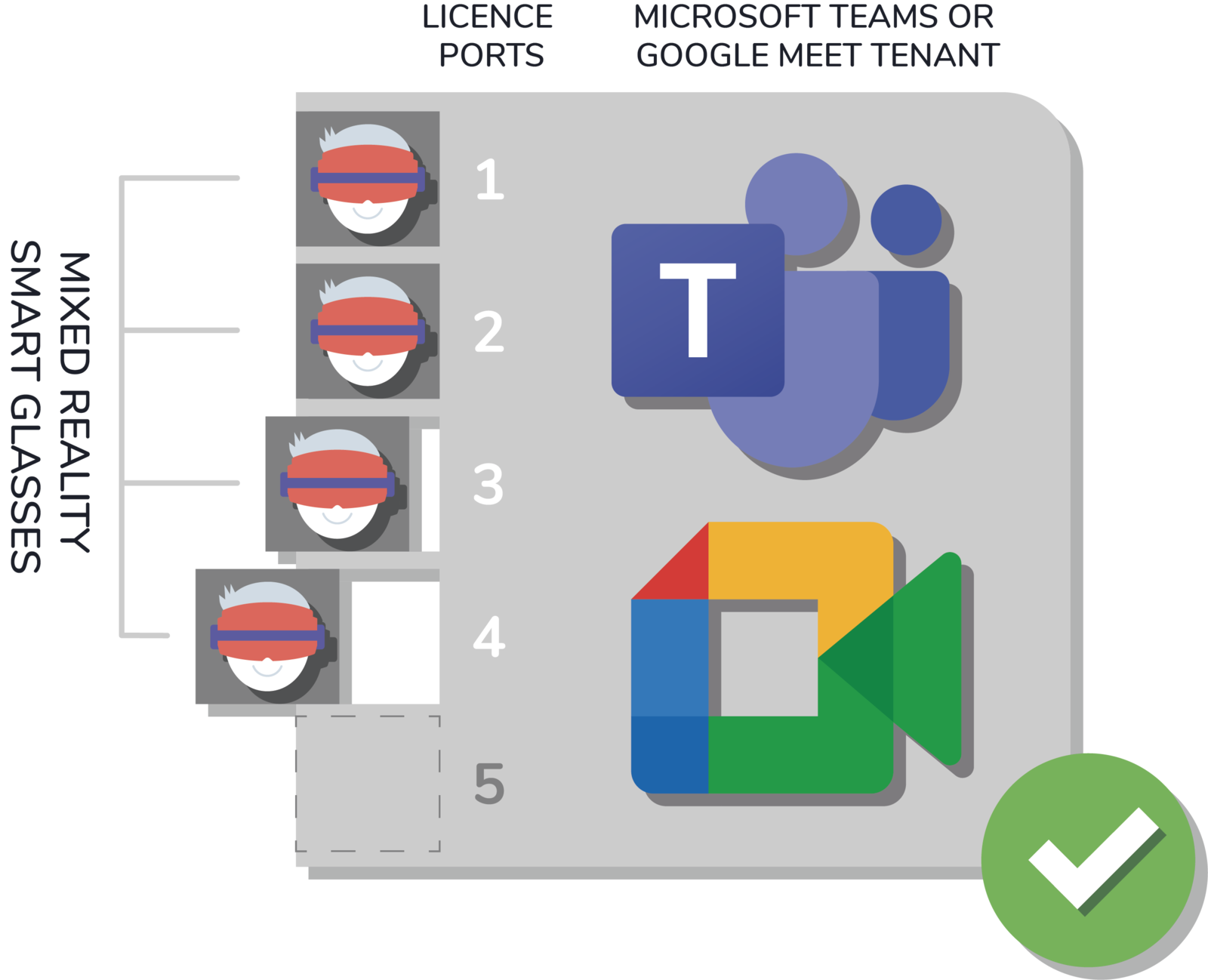 Hopefully, that explains things. If not, think about it like a supermarket. If there are four people needing to be served at once, you need four checkouts. If there’s a fifth, you’ll need to open another checkout.These guys also explain it pretty well:https://www.nalpeiron.com/glossary/concurrent-licensing/

Was this article helpful?